63km away from Logroño, Brieva is the closest village to the capital in Alto Najerilla, the first one in Las 7 Villas. It is connected by road to the valley of Iregua across the pass of Peña Hincada (1412m). 964m high, Brieva’s highest peaks are Cabezadel Santo (1857m) and San Cristóbal (1759m). Brieva is an ancient village and still preserves the essence of the typical mountain town, where stone, water and crops show the way of life of its inhabitants.

Until recently, Brieva has kept a tradition of transhumance because of its magnificent pastures in the mountains.

Its history can be traced back to the 10th century when a local priest founded an oratory, which would become the germ of the monastery of Valvanera. Some of the village’s highlights are the church of San Miguel, where the statue of the Virgin of Valvanera was kept from 1839 to 1885 while the monastery was neglected, the Barruso district with the church of Santa Maria, the small palace and gardens belonging to the marquises of Felguera, the Town Hall built by Agapito del Valle, the “Rancho de esquileo” museum, the shepherds’ shack and the chapel of Soledad.

Its 46km2 are filled with oak groves, kermes oaks, meadows and brushwood. The terrain has plenty of water scattered throughout rivers, springs and streams. The town belongs to the route of the Cañada real of Las 7 Villas and the Cañada Real Galiana. The GR-93 (Sierras de la Rioja) route in its high mountain variant runs through the village and links it to the GR-86 (Sendero Ibérico Soriano). The “La Escalera” pass communicates the valley of Najerilla with the valley of Iregua.

The river Brieva is the home of the only fish farm dedicated to the indigenous trout and its main aim is to repopulate the Riojan rivers, belonging to the Government of La Rioja.

Brieva is the birthplace of Don Pedro Duro, who in 1857 founded the “Duro and Compañía” society, an iron factory. Today it is known as the Duro-Felguera metallurgy. 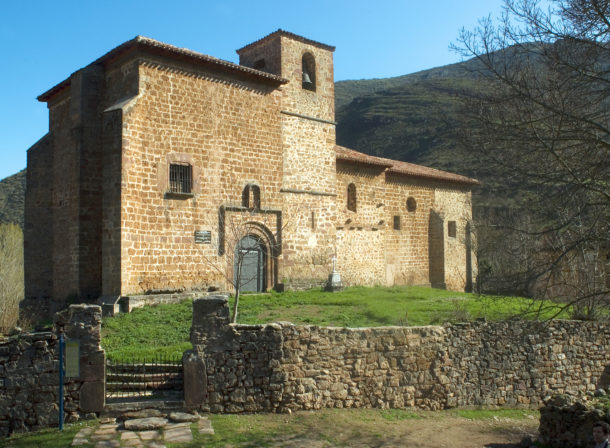