The rivers Canales and Neila meet together at the heart of Villavelayo. This structures its urban core in two districts, whose streets meet at Plaza Mayor, a point of reference for the visitor.

Its municipal area, which is 89 kilometers wide, borders with Soria and Burgos and offers good pastures for the abundant stockbreeding activities in the region; not to mention the exceptional sights there are for the lovers of nature.

Located at the heart of Sierra de la Demanda, in a spectacular spot between the San Lorenzo and Urbión peaks, Villavelayo has endless beech forests when one can get lost; natural pools to cool off in summer; mycological, fishing and hunting resources, trekking routes (like the one leading to Pico Manzanar) and magical moments that nature brings, such as the “berrea” when autumn comes.

Artistically, one must mention the Romanesque parochial church of Santa Maria de la Asunción, which has previous Mozarab elements. It is a fundamental piece of the diffusion of Christianity throughout La Rioja. From there, one can enjoy a panoramic view of the whole town.

Santa Áurea was born and grew up in this village during the 11th century, making her the only Riojan saint. She died when she was locked up between walls, in the monastery of San Millán de Suso. We know her biography thanks to the hagiographical poem of Gonzalo de Berceo: Vida de Santa Oria.

Her chapel, from the 17th century, holds a celebration in honor of her patron on March 11th and in the second weekend of august, during summer. Then, the “cachibirrio” and the dance group show proudly Villavelayo’s tradition and folklore. 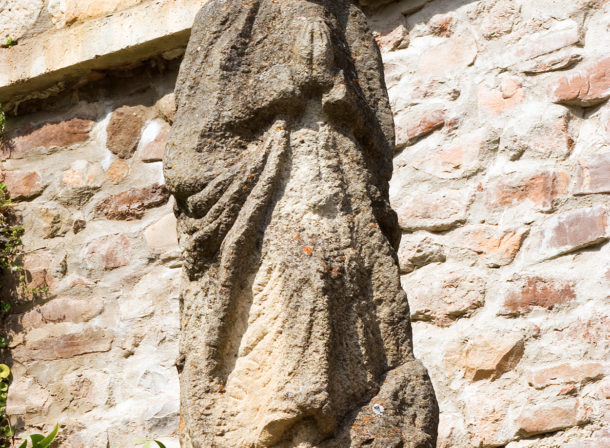